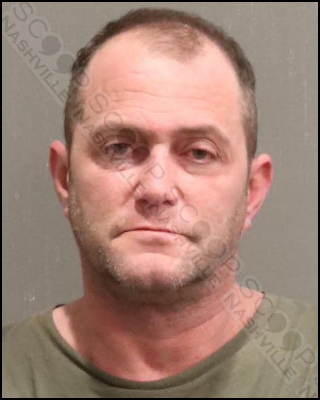 44-year-old William Vossburgh accompanied his son to the Nashville International Airport to see him off on a Southwest flight on January 1st. After his son’s plane departed, he was confronted by Airport Police, who told him to leave the airport, stating he did not have a valid boarding pass and appeared to be intoxicated. He was reportedly using improper language around families at the gate and annoying the general public in the area. While Vossburgh initially agreed to leave Airport property, minutes later he became verbally aggressive with Airport Police. Officers then decided to place him into custody for public intoxication and transported him downtown to booking.

William Jason Vossburgh was booked into the Metro Nashville Jail on January 1st, charged with public intoxication. A judicial commissioner set his bond at $100.