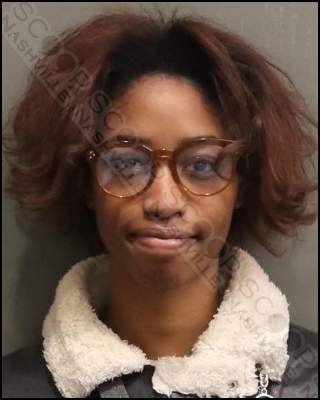 Police 19-year-old Lashawn Howard located her ex-boyfriend, Thomas Smith, on New Year’s Eve in the parking lot of his apartment complex and used her vehicle to block him in to prevent him from driving away. She then approached his vehicle and told him she “wasn’t playing around,” threatened to slash his tires, and waved a knife toward him. She then opened her other hand to display several rounds of ammunition and told him she didn’t forget the bullets at home this time. He then backed into her car in an effort to escape the situation

Lashawn Howard of Kevinwood Court in Antioch, TN, was booked into the Metro Nashville Jail on Jan 1, charged with aggravated kidnapping. She is free on a $10,000 bond.