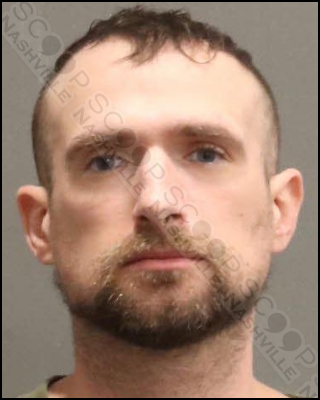 Police say 32-year-old Aaron J. McCray was drunk at the Tennessee State Museum on January 3. He told responding officers he had ” a lot” to drink and was falling asleep while talking, unable to provide his address, how he arrived at the museum, or even where he was at. He was unable to contact anyone to retrieve him and was charged with public intoxication. Officers destroyed the two cans of beer and three vodka mini-bottles in his backpack before transporting him to booking.

Aaron J. McCray was booked into the Metro Nashville Jail on January 3rd, charged with public intoxication. A judicial commissioner set his bond at $50.