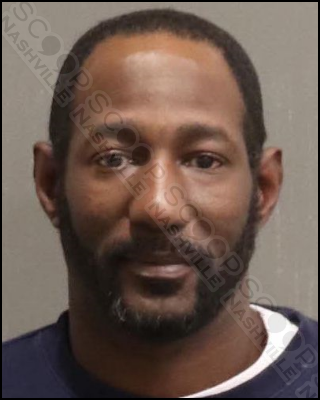 Dorian Laird says she was arguing with her 43-year-old boyfriend, Jeremy McGaughey, in January of 2022 about his “lack of productiveness.” During the dispute, she says Jeremy punched her in the face as she was placing his belongings outside of the home for him to leave. He fled the scene before the police arrived. They documented injuries to the victim’s face and hand, including swelling and abrasions. A warrant was issued for his arrest, and he was booked on that warrant this week.

Jeremy Volonie McGaughey of Prewitt Drive in Holly Springs, MS, was booked into the Metro Nashville Jail on December 30th, charged with domestic assault. He is free on a $2,000 bond.