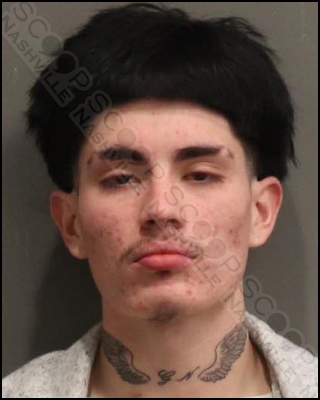 18-year-old Emilio Pacheco showed signs of extreme intoxication when officers encountered him at an Antioch trailer home park on January 9th. The property owner asked him to leave and contacted the police when he refused. Pacheco became argumentative and combative, and despite his behavior, was given multiple chances to find a ride home, contact his father, or even let an officer drive him home. He refused all options and refused to leave the property. He was taken into custody and charged with underage drinking and disorderly conduct.

Emilio Pacheco was booked into the Metro Nashville Jail on January 9th, charged with consumption of alcohol under the age of 21 and disorderly conduct. A judicial commissioner set his bond at $2,000.