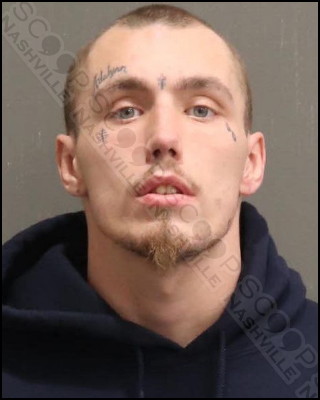 25-year-old Dustin William Duley was jailed last week after Michael Page says he yanked on his hair so hard it “cracked his neck” while they two were in a vehicle in Goodlettsville. Upon returning to the Autumn Chase apartments, Page says Dustin punched him in the face.

Dustin William Duley was booked into the Metro Nashville Jail on January 8th, charged with assault with fear of bodily injury. A judicial commissioner set her bond at $1,000.