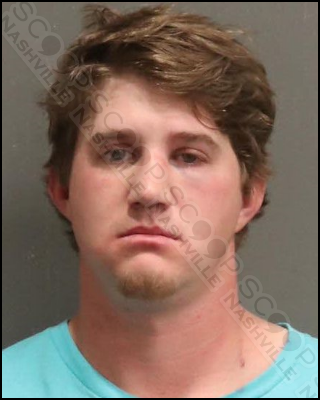 28-year-old Austin Justice was asked to leave Honky Tonk Central by a bartender late Friday night. When he refused, security became involved at attempted to escort him out of the venue. Not quite ready for his night to be over, Justice pushed the bouncer, Robert Flippen, in the chest and was detained after a brief struggle. Officers arrived at the scene and took Justice into custody. He was charged with public intoxication and assault.

Austin Rayne Justice of Parkertown Road in Four Oaks, NC, was booked into the Metro Nashville Jail on January 22nd, charged with assault with offensive contact and public intoxication. A judicial commissioner set his bond at $1,100.