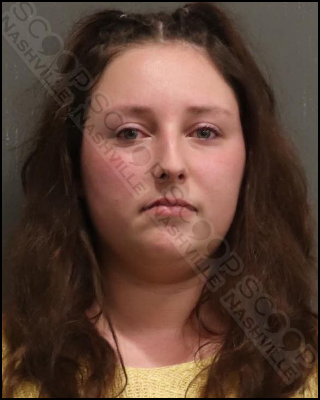 34-year-old Hannah German flagged down police officers in downtown Nashville, reportedly asking for help in detaining her sister, Emma German. A group of citizens near 5th & Broadway were also reporting an assault was occurring between the two sisters. The two had been at Tootsie’s and got into an argument over using a rideshare to return to their hotel. Emma attempted to part ways, however, Hannah grabbed her by the neck twice, refusing to let her leave. During the scuffle, Emma sustained some injuries, including a bloody lip, scratches on her neck and chest, and a broken backpack, which she had been wearing.

Hannah Grace German was booked into the Metro Nashville Jail on March 16th, charged with domestic assault with bodily injury. She is free on a $1,000 bond to her 253 E. Garrison Street address in Bethlehem, PA.