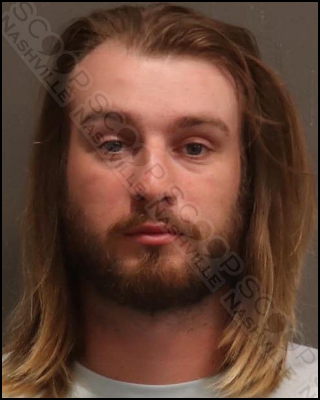 Nashville Airport Police found 22-year-old Kevin Comeaux slumped over and asleep at the bar of the Puckett’s restaurant on Concourse D. Officer awakened him for a welfare check and found him very “dazed and confused,” and it was apparent he had urinated on himself while at the bar. He refused to provide his name, only offering that he was fine and flying with Southwest Airlines. A Southwest representative responded to the bar and advised him he would be denied boarding due to his state of intoxication. The officer attempted to escort him to the unsecured side of the airport where he could be rebooked for a later flight; however, Comeaux refused to cooperate. He was taken into custody and transported to booking.

Kevin Michael Comeaux, of Columbia, MD, was booked into the Metro Nashville Jail on May 9th, charged with public intoxication. He is free on a $100 cash bond.