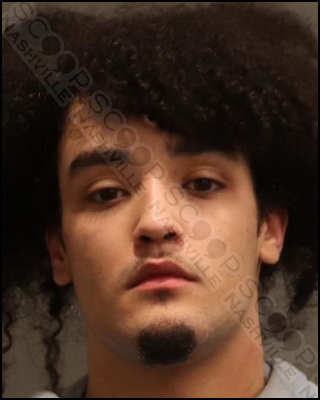 Police responded to the Shell station on Whites Creek Pike, where they were met by Nashville Fire Department medics and Larry Carver, who stated he had been assaulted by his grandson, 20-year-old Kaden Carter. After being treated on-site, Carver accompanied officers back to his home where his grandson had remained, entered the residence, and took Kaden Carter into custody for the assault.

Kaden Carter of Greenbrier Road in Joelton, TN, was booked into the Metro Nashville Jail on August 21st, charged with domestic assault with bodily injury. He is free on a $3,000 bond.