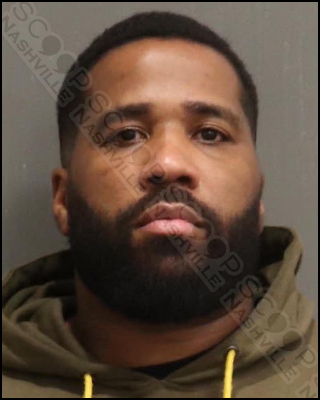 35-year-old Carlton Michael Clemons is jailed on a $150,000 bond after Airport Police discovered 58 pounds of vacuum-sealed marijuana in his luggage as he arrived from Denver on a Southwest Airlines flight just after 1:30 a.m. Friday. Officers say K-9 Power alerted to the large black Samsonite roller bag, which had a strong odor of marijuana. Clemons admitted to knowing what was in the bags and was placed into custody. Officers note he was “completely cooperative and compliant” during questioning, search, and arrest.

Carlton Michael Clemons was booked into the Metro Nashville Jail on November 18th, charged with possession of marijuana with intent to distribute. A judicial commissioner set his bond at $150,000.