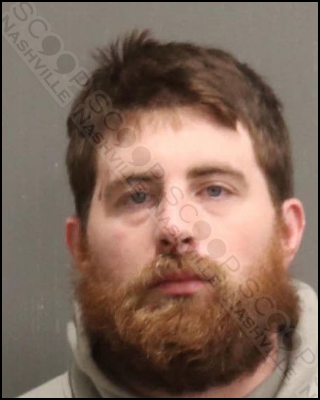 27-year-old Dalton Holdman was involved in a car crash Saturday and, when asked what happened, told police he didn’t remember and that everything was “still a blur.” He reportedly reeked of alcohol and had slurred speech during his interactions with officers. Inside the car, officers found an open beer can with only a small amount of liquid remaining inside. He was transported to Vanderbilt for minor injuries and later charged with driving under the influence (DUI).

Dalton Holdman of Old Nashville HWY in Smyrna, TN, was booked into the Metro Nashville Jail on December 3rd, charged with an open container, driving under the influence, implied consent violation, and evidence of compliance. A judicial commissioner set his bond at $1,600.