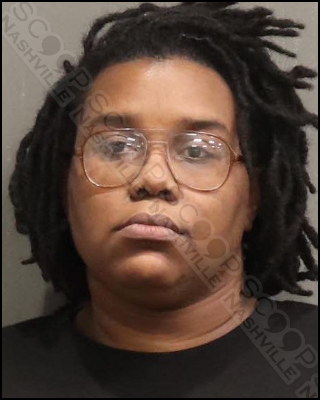 30-year-old Bianca Byrd was booked this week on an outstanding felony theft warrant from February. Police say when she worked a Mapco on Old Hickory Blvd earlier this year, she repeatedly used a code to open the store’s cash drop box to allow a co-worker to remove cash. The incidents, which were captured on video, totaled $1,515 in loss to the company.

Bianca R. Byrd of Longhunter Lane in Nashville, TN, was booked into the Metro Nashville Jail on December 30th, charged with felony theft. She is free on a $2,000 bond.