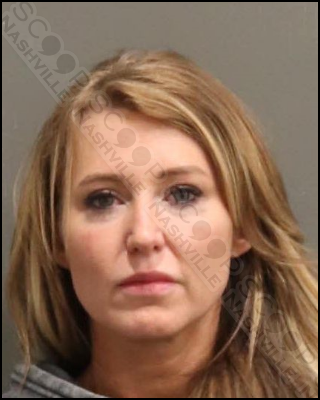 39-year-old Christin Blankenship Austin is charged with the assault of her boyfriend, Kyle Simmons, at a downtown Nashville Hotel. The two were out exploring downtown Friday night and, as they returned to their hotel room, began to argue. During the walk to the room, Christin reportedly hit Kyle in the back of the head, and he informed her he was gathering his things and leaving. Once both were in the room, he says she punched him in the mouth and hit him in the back of the head again as he was collecting his belongings. During the struggle, his finger was also slammed in a door. Officers documented blood on his mouth and that his finger was injured. Christin was determined to be the primary aggressor and was charged with domestic assault and transported to booking.

Christin Blankenship Austin of Morgan Road in Candler, NC, was booked into the Metro Nashville Jail on December 31st, charged with domestic assault. She is free on a $200 cash bond.