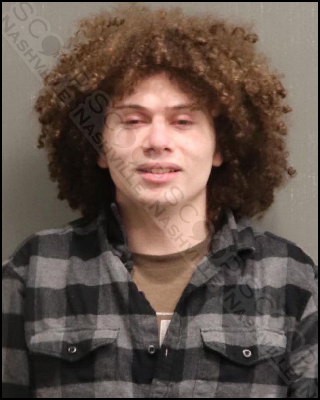 24-year-old Anthony Austin Barrie told police he had been drinking at a downtown Nashville bar and had a “few drinks” before employees of Bar Louie in the Gulch noticed him drunkenly running through traffic and screaming and crying before arriving at their bar, where he cursed at employees. Metro Nashville Police arrived and attempted to facilitate a ride, but he refused and attempted to walk away. Barrie was taken into custody and charged with public intoxication.

Anthony Austin Barrie of Murfreesboro, TN, was booked into the Metro Nashville Jail on January 5th, charged with public intoxication. A judicial commissioner set his bond at $250.