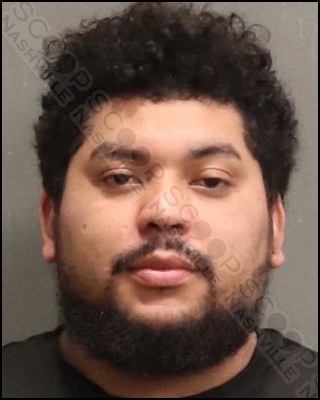 Metro Nashville Police officers working the Entertainment District Initiative early Saturday morning located 26-year-old Erlyn Daniel Guevara-Andino on Broadway in an extreme state of intoxication. Officers say he reeked of alcohol and was unsteady on his feet, and was a danger to himself if left alone in downtown Nashville.

Erlyn Daniel Guevara-Andino was booked into the Metro Nashville Jail on December 31st, charged with public intoxication. A judicial commissioner set his bond at $50