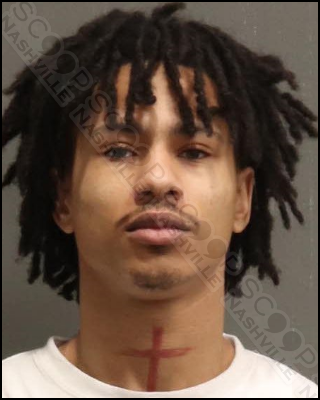 Jamonqueia Rucker was heard crying on the phone when she called 911 to report that her 25-year-old boyfriend, William Alexander, was outside the residence with a gun. Officers arrived and spoke with both parties. Jamonqueia says William refused to watch their two children while she went to work, but he refused and wanted their grandmother to have the responsibility. He then reportedly pushed her down onto the floor multiple times during an assault. Officers documented multiple bruises and injuries on the victim, some of them bleeding. William denied that he hurt the victim., and stated it was only an argument.

William H. Alexander of Spears Road in Nashville, TN, was booked into the Metro Nashville Jail on December 30th, charged with domestic assault. He is free on a $2,500 bond.