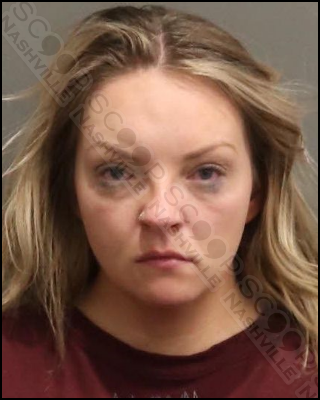 Security at the Home2 Suites by Hilton near Vanderbilt in Nashville say 29-year-old Jennifer Finch was extremely intoxicated and refused to leave a room on the property. Police arrived, and Finch agreed to leave to avoid jail, and officers followed her to the main lobby door near the sidewalk. When she was told she could not leave in her vehicle due to her level of intoxication, Finch refused to walk away. Finch was unable to locate anyone to pick her up or arrange travel to an alternate location, despite multiple attempts. With nowhere else to go, officers took her into custody and charged her with public intoxication.

Jennifer L. Finch was booked into the Metro Nashville Jail on January 7, charged with public intoxication. A judicial commissioner set her bond at $250.