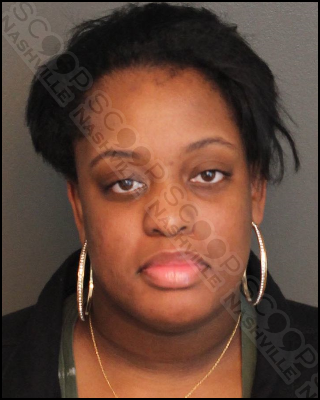 27-year-old Katerria Dixon is charged with leaving her children unattended in her Ford Fusion after Vanderbilt Police received a call from a concerned citizen. The incident happened on December 18th, and VUPD received the call at 9:50 p.m. stating the minor children were alone in a vehicle in the parking lot of Ross Dress for Less at 100 Oaks Mall. Officers were waiting at her vehicle when she returned at 10:01 p.m., and she was issued a state citation.

Katerria Dixon was booked on January 4th on the citation charging her with leaving a child unattended in a motor vehicle. She is scheduled to appear in court in March.