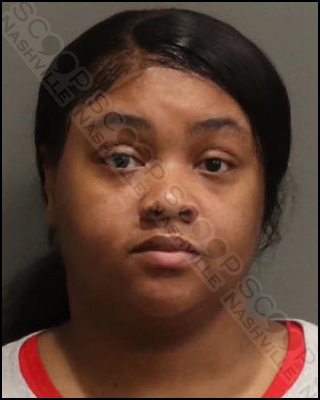 Sean Jamison Martin says his 31-year-old ex-girlfriend, Deliria Tysha Hodges, kicked the rear bumper of his car two days before Christmas, upset because he had just ended their relationship. She caused damage to the vehicle that was less than $1,000, and a misdemeanor warrant was issued for her arrest. She was booked on that warrant on January 11.

Deliria Tysha Hodges of Dickerson Pike in Madison, TN, was booked into the Metro Nashville Jail on January 11th, charged with vandalism. A judicial commissioner set her bond at $1,000.