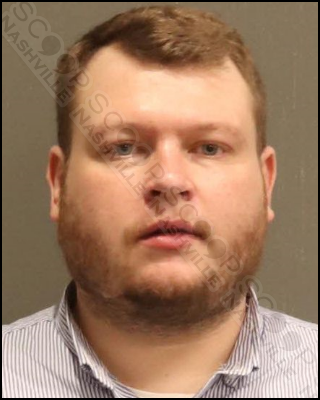 30-year-old Jarrod Smith was stumbling through the lobby of the DoubleTree Suites by Hilton Hotel Nashville Airport just after 10 p.m. Thursday, and staff alerted police when he could not stand on his own. He was extremely intoxicated and stated he had a room at the hotel. The front desk staff stated he was not a registered guest at this hotel and wanted him escorted off the property due to his state of intoxication. Officers attempted to find him alternative arrangements, but he was unable to contact anyone to pick him up, and he refused medical transportation. Smith was transported to booking and charged with public intoxication.

Jarrod Smith was booked into the Metro Nashville Jail on January 13th, charged with public intoxication. A judicial commissioner set his bond at $100.