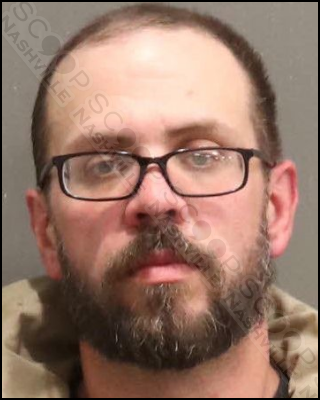 40-year-old Justin Taylor was found to be in possession of a stolen vehicle on Nolensville Pike after he pulled out in front of a patrol vehicle, nearly causing a wreck. After running the plate, officers realized it returned to a stolen vehicle and initiated a felony stop and arrest. Taylor claimed he was in the process of buying the truck from his boss but was unable to provide any paperwork, and the vehicle owner recovered the vehicle from the tow-in lot.

Justin Taylor was booked into the Metro Nashville Jail on January 7th, charged with theft of a vehicle. A judicial commissioner set his bond at $10,000.