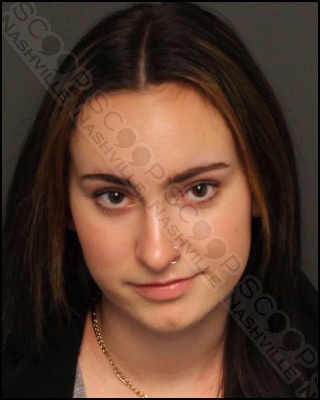 21-year-old Pamela Truter was in a crash on December 16, and responding officers located her leaning against a wall near her rolled-over Nissan Xterra SUV. She had to be transported to a hospital for her injuries, and she admitted to drinking prior to driving. Officers say she performed poorly on the field sobriety tests that were able to be conducted from a stretcher. Due to her hospitalization, she was issued a citation charging her with DUI, and she was booked on that citation this week.

Pamela Truter of Park Crest Ct in Mt. Juliet, TN, was booked on the citation on January 10th, charged with driving under the influence.