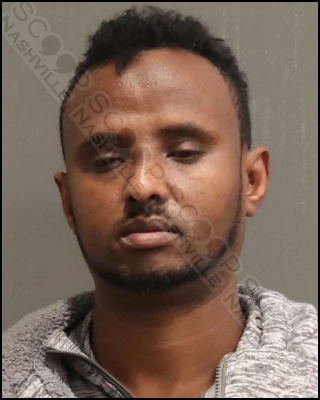 41-year-old Dirie Abshir is charged with domestic assault after his wife, Sahro Osman, punched her in the face during an argument on January 13. Though the initial call came in as a person with a gun, the victim denies that a weapon was present. His 12-year-old son confirmed the assault, telling police that his father hit his mother in the face. Officers documented a bruised right eye on the victim and took Abshir into custody.

Dirie Abshir of Elm Hill Pike in Nashville, TN, was booked into the Metro Nashville Jail on January 13th, charged with domestic assault with bodily injury. A judicial commissioner set her bond at $2,000.