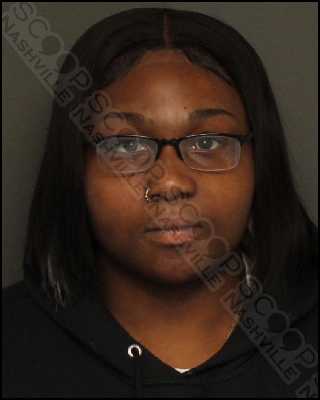 20-year-old Jamonica Lillard attacked the manager of a Madison Taco Bell, Skylar Kistner Dison, with bear mace on November 10th. She initially came to the restaurant to confront one of the employees, but the manager met her at the front counter and told her to leave multiple times. Lillard refused to leave and unleashed multiple streams of the bear spray, indirectly hitting other employees with the side spray and mist. She fled the scene, and Nashville fire treated employees for the exposure. Lillard was booked on the outstanding assault warrant this week.

Jamonica Lillard was booked into the Metro Nashville Jail on January 10th, charged with assault.