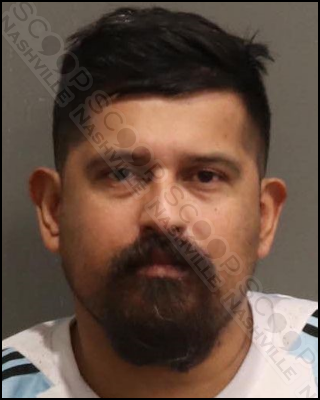 35-year-old Victor Henriquez was near Jason Aldean’s bar on Broadway in downtown Nashville when officers working the Entertainment District Initiative observed him stumbling and acting belligerent, attempting to fight other citizens. He was unable to recall where he was staying and did not have a phone to call anyone to assist him. He was taken into custody and charged with public intoxication.

Victor Manuel Henriquez was booked into the Metro Nashville Jail on January 7th, charged with public intoxication. A judicial commissioner set his bond at $100.