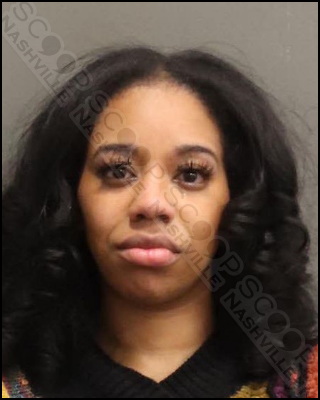 30-year-old Karlisa Jefferson told officers she was driving the vehicle that was now crashed beside her on Rosedale Avenue, and she was “fucked up.” Karlisa further stated that had “a lot to drink.” She performed poorly on field sobriety tests and later blew a 0.271% BAC on a breathalyzer.

Karlisa Jefferson of Sycamore Rd in Nashville, TN, was booked into the Metro Nashville Jail on January 15th, charged with driving under the influence. A judicial commissioner set her bond at $2,500, and the Davidson County Sheriff’s Department gave her pre-trial release from their facility.