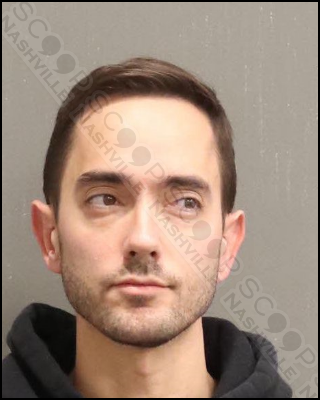 Metro Nashville Police responded to a car blocking a travel lane on Old Hickory Blvd at 2:22 a.m. Sunday. Officers found the vehicle wrecked and empty when they arrived. The driver, 39-year-old Aaron James Heschong, stated after the crash, he had accepted a ride from a stranger, which he accepted and left the scene. He called a towing company and his insurance company and eventually walked back to the scene to sign for the towing of his vehicle, at which time police detained him. He admitted to being at the Uptown Bar at 1:30 a.m. and was driving back home when he hit a retaining wall. He was charged with driving under the influence, leaving the scene of an accident, and was transported to booking.

Aaron James Heschong of Fairwood Dr in Nashville, TN, was booked into the Metro Nashville Jail on January 15th, charged with driving under the influence and leaving the scene. A judicial commissioner set his bond at $3,000.