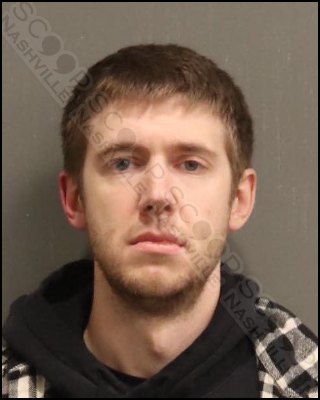 28-year-old Matthew Haberman was at Tootsie’s on Broadway in downtown Nashville late Saturday night when he became too drunk to care for himself and began to fight security at the location, but he was unable to land any blows due to his level of intoxication. He was taken into custody and charged with public intoxication.

Matthew Haberman was booked into the Metro Nashville Jail on January 15th, charged with public intoxication. A judicial commissioner set his bond at $100.