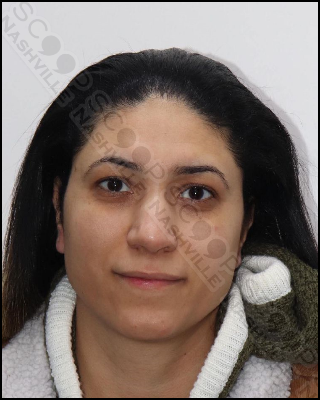 30-year-old Amany Megali told detectives during an interview that she bit the arm of her six-year-old son, breaking the skin and leaving a substantial injury, because he was “refusing to listen to her commands.” The Department of Children’s Services and Metro Nashville Police became involved when the child’s father took his son to Vanderbilt Children’s Hospital after he complained of arm pain and stated his mother bit him.

Amany Megali of Cedar Ash Xing in Antioch, TN, was booked into the Metro Nashville Jail on January 13, charged with aggravated child abuse. She is free on a $25,000 bond.