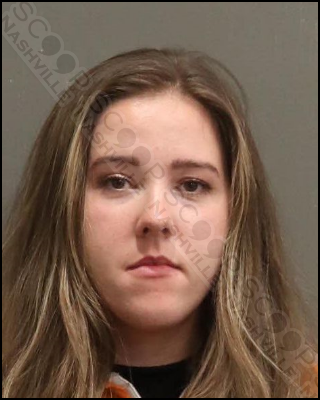 Police say 28-year-old Chelsea Chamberlain crashed her vehicle into the front of a multi-million dollar home on Belmont Blvd, owned by Attorney Robert Eric Thornton, causing significant structural damage. The homeowner says she and a passenger fled the scene after the crash but caught up with them about 100 feet away, which is where officers located everyone involved. Chelsea says she was attempting to take her friend home at the time of the accident and admitted she had been drinking at a bar down the street. She performed poorly on field sobriety tests and blew a 0.179% BAC on a breathalyzer.

Chelsea J. Chamberlain of Willowick Rd in Nashville, TN, was booked into the Metro Nashville Jail on January 18th, charged with leaving the scene of an accident and driving under the influence. A judicial commissioner set her bond at $5,000, and the Davidson County Sheriff’s Office gave her pre-trial release from their facility.