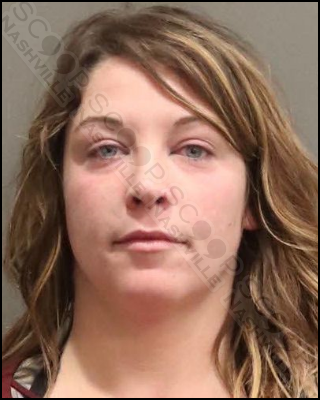 On Wednesday, 30-year-old Crystal Stohr posted to her social media, “Here I come, Nashville!” as she left Nebraska. By Friday afternoon, she posted photos from Kid Rock’s Bar on Broadway in downtown Nashville. By Saturday, she had the ultimate exclusive Nashville souvenir — a mugshot from music city. She was so intoxicated and disruptive at Redneck Riveria that she was asked to leave the venue. When her friend arrived to assist her, she refused to walk with them and drunkenly ran away along Broadway multiple times. She was taken into custody and charged with public intoxication.

Crystal Brea Stohr was booked into the Metro Nashville Jail on January 21, charged with public intoxication. A judicial commissioner set her bond at $100.