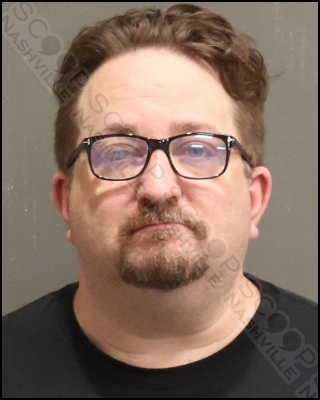 48-year-old Stephen Andrew Brandon was at a Clarksville Pike hotel with his lover, Anthony Patrick Finn, when an argument erupted over a wallet. Stephen left the room with Patrick’s wallet, mistaking it for his own. As soon as he noticed the mistake, he says he returned to the room, and an argument began. The argument escalated until Stephen became so upset he threw the wallet at Patrick’s face, resulting in minor injuries and bleeding. Patrick struck him back twice; however, Brandon was deemed to be the primary aggressor and was taken into custody, charged with domestic assault with bodily injury.

Stephen Andrew Brandon of State Rd in Racine, WI, was booked into the Metro Nashville Jail on September 4th, charged with domestic assault with bodily injury. A judicial commissioner set his bond at $1,000.