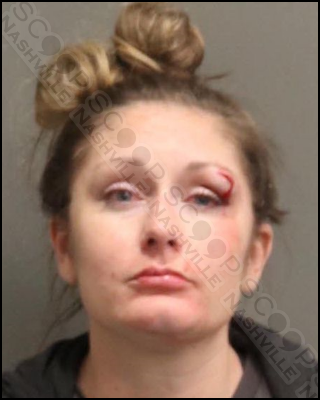 31-year-old Rebekah Nicole Dearmond lost her bag at the Nashville International Airport and sought assistance from a Spirit Airlines agent. The two then approached an Airport Police Officer for further assistance. The officer noted Dearmond was visibly intoxicated and acting out during the search for her bag. The bag was eventually located, and Dearmond was asked about her plans for leaving the airport in her intoxicated state. She refused to contact anyone to pick her up and stated she didn’t have money for a cab or hotel room. As she continued to be argumentative and call the officer derogatory names in a loud voice, she was taken into custody for public intoxication and transported to the Metro Nashville Jail.

Rebekah Nicole Dearmond was booked into the Metro Nashville Jail on December 1st, charged with public intoxication. A judicial commissioner set her bond at $100.