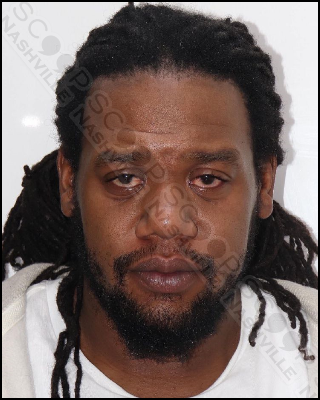 Metro Nashville Police Officers working the Entertainment District Initiative in downtown Nashville on New Year’s Eve located 32-year-old Joseph Marshall near 2nd & Broadway just before 1 a.m. Marshall was pushing and shoving another male and refused to be separated from the other man, shoving him again in front of officers. Due to his extreme level of intoxication, Marshall was taken into custody.

Joseph Marshall was booked into the Metro Nashville Jail on January 1st, charged with public intoxication. A judicial commissioner set his bond at $100.