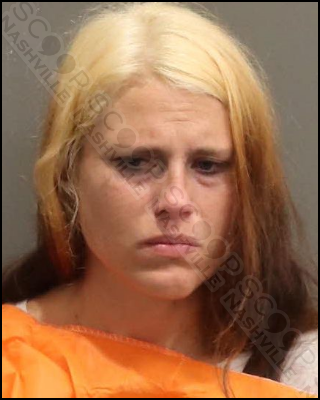 Police say 31-year-old Angelina Federle and her boyfriend, Eric Doyle, were leaving a restaurant on December 31st when the couple got into a verbal argument. Once they were in the car and on the way home, she reportedly began to strike and punch him in the face multiple times, leaving him with injuries that were later documented by police, who were called once they arrived home.

Angelina M. Federle was booked into the Metro Nashville Jail on December 31st, charged with domestic assault. A judicial commissioner set her bond at $1,000.