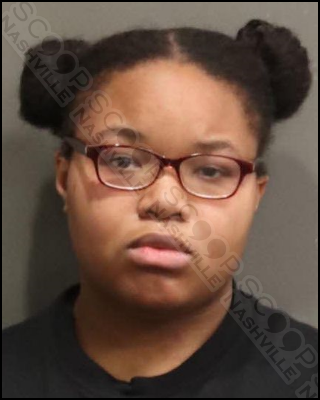 Police found 20-year-old Ivy Song crying outside as they responded to an assault call. She told officers that her father, Dwayne Hall, attacked her while she was speaking to her mother about a leasing agreement she and her father had arranged. As the story unfolded and each person was interviewed, it was realized her father had indeed pinned her to the floor, but only after she began to assault him. It was determined he was acting in self-defense. Ivy was taken into custody and charged with domestic assault.

Ivy Song of Delaware Ave in Nashville, TN, was booked into the Metro Nashville Jail on Jan 2, charged with domestic assault. She is free on a $1,000 bond.