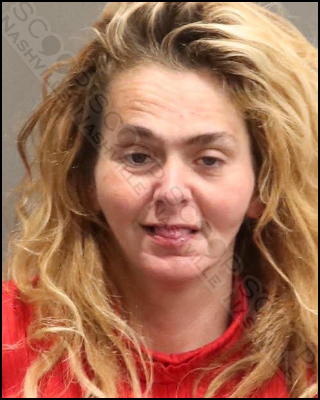 36-year-old Lajuana Wilson was found “rolling around with her pants down” at the intersection of Eastland and Gallatin just before 10 a.m. Saturday. Officers arrived to witness this and noticed she was extremely intoxicated. As they attempted to assist her, she began to stumble toward the nearby Aldi store. She was accompanied by her boyfriend and another gentleman, neither of who felt they could properly care for her in her current state. She was taken into custody and charged with public intoxication.

Lajuana Wilson was booked into the Metro Nashville Jail on January 7th, charged with public intoxication. A judicial commissioner set his bond at $100.