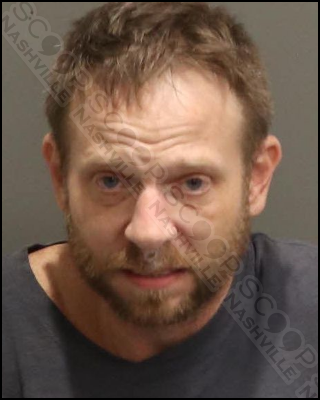 45-year-old Michael Powers told police he used heroin prior to crashing his Hyundai Elantra in North Nashville on January 6. Witnesses say he was driving recklessly and hit two other vehicles before hitting a red truck and flipping his vehicle, eventually stopping while facing south in the northbound lanes of Clarksville Pike. He was speaking incoherently and had constricted pupils, and nodded off while speaking to the police. Heroin and a snort straw were located inside the vehicle.

Michael J. Powers of Idlewood Dr in Clarksville, TN, was booked into the Metro Nashville Jail on January 6th, charged with possession or casual exchange, driving under the influence, reckless driving, and unlawful use of drug paraphernalia. A judicial commissioner set his bond at $7,000.