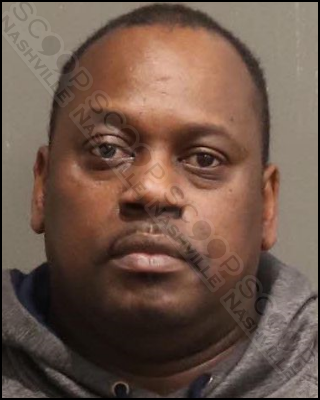 47-year-old Ricardo Greene is charged with the domestic assault of his wife, Shaniqua Greene. As she was in bed sleeping for the night on January 7th, she says he woke her up to accuse her of talking to another man. She got up from the bed, and he followed her to the bathroom, slapping her in the face during the argument. A minor child heard the argument and the slap to the face and forced his way into the bedroom to see Ricardo pushing Shaniqua.

Ricardo Greene was booked into the Metro Nashville Jail on January 7th, charged with domestic assault with bodily injury. A judicial commissioner set his bond at $3,000.