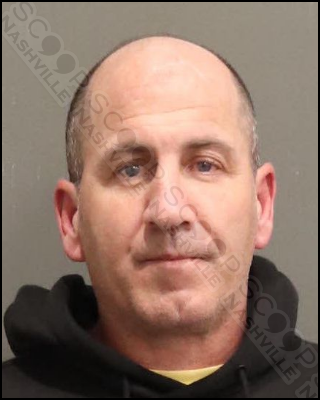 49-year-old Douglas Kelly was removed from an aircraft at the Nashville International Airport for being too drunk on Friday the 13th. Airport Police responded to the flight and found Kelly to be extremely intoxicated and asked him to leave the airport property several times. When he failed to leave the property, he was taken into custody and charged with public intoxication.

Douglas Michael Kelly was booked into the Metro Nashville Jail on January 13th, charged with public intoxication. A judicial commissioner set his bond at $100.