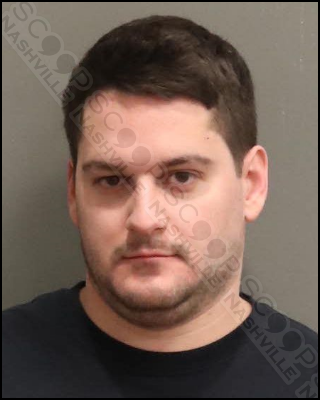 30-year-old Jonathan was on the ground outside of the Levy Lucky Bastard Saloon in the early hours of Sunday morning, lying beside a trashcan. Officers stopped to check on his welfare, and he stated he was too drunk to get up. A medic ATV arrived to transport him to the staging area at 1st & Broadway to get him into an ambulance; however, he became combative and belligerent, so the transport was refused, and he was taken into custody for public intoxication.

Jonathan Levy was booked into the Metro Nashville Jail on January 15th, charged with public intoxication. A judicial commissioner set his bond at $100.