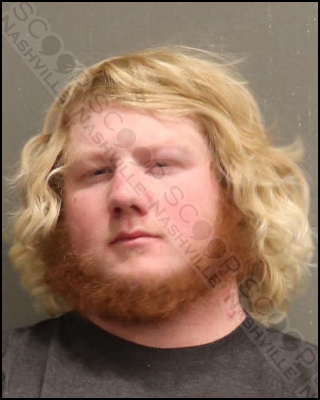 23-year-old “Amish Aric” Dennison became belligerent with security staff at Honky Tonk Central late Saturday night and attempted to assault an employee. Metro Nashville Police responded to the bar, and Dennison stated he “drank way too much” and he was “really fucking drunk!” He was taken into custody and charged with public intoxication.

Aric Dennison was booked into the Metro Nashville Jail on January 15th, charged with public intoxication. A judicial commissioner set his bond at $500.