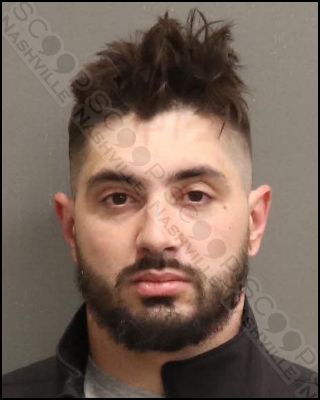 31-year-old Zachary England was having a drunken argument with his girlfriend in front of Broadway Brewhouse in downtown Nashville late Saturday night when officers observed his level of intoxication. As a random citizen told him to “calm down,” he turned toward him and puffed out his chest while taking a fighting stance. Officers took England into custody, charging him with public intoxication.

Zachary D. England was booked into the Metro Nashville Jail on January 14th, charged with public intoxication. A judicial commissioner set his bond at $500.