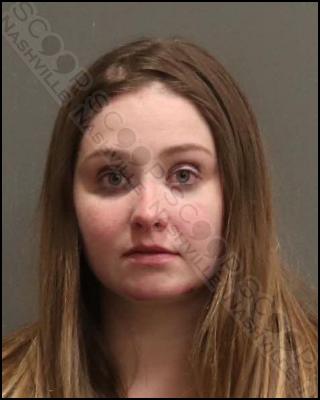 28-year-old Kari Renee Baker was stumbling and falling onto the roadway in downtown Nashville late Saturday night as officers approached her to check on her welfare. As they attempted to assist her, Baker became disorderly, argumentative, and cursed at officers. She had urinated on herself in public and reeked of alcohol. She was advised to go home for the evening but refused. She was taken into custody and charged with public intoxication. Baker is a Nashville-based singer/actor/dancer from Indiana.

Kari Renee Baker was booked into the Metro Nashville Jail on January 14th, charged with public intoxication. A judicial commissioner set her bond at $100.