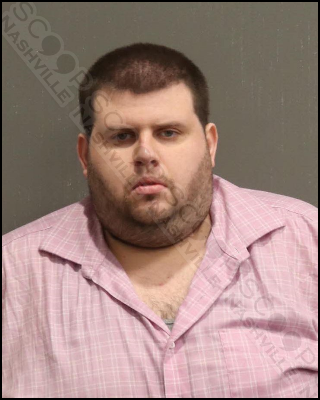 Metro Nashville Police responded to 3rd & Broadway early Thursday morning, where they found 25-year-old Jack Carpenter lying on the sidewalk in an extreme state of intoxication. Medics also arrived to assist due to his level of intoxication, and Carpenter became verbally aggressive with them, eventually refusing all assistance. He did not have a phone on him and was unable to provide officers with anyone to assist him back to where he was staying or the name of the place he was staying. He was given a place to stay for the evening, the Metro Nashville Jail, where he was charged with public intoxication.

Jack Carpenter was booked into the Metro Nashville Jail on January 19, charged with public intoxication. A judicial commissioner set his bond at $100.