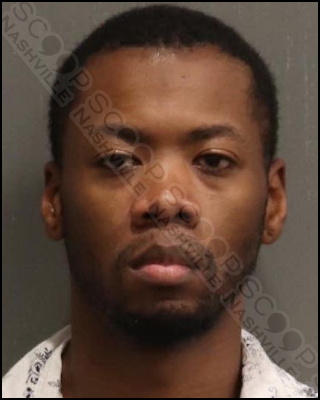 Landon Tedora says he was watching TV with his boyfriend, 27-year-old Rayshon Boyington, when his dog began making noise, and he was talking to and interacting with the pup, which upset Rayshon, who was attempting to watch the television. Ray reportedly yelled at Landon to get out of the house and pushed and hit him, eventually retrieving and displaying a box cutter in a threatening manner. The box cutter was turned into evidence. Rayson admitted to pulling a box cutter but states he never “used it” on him.

Rayshon Boyington of Meharry Blvd in Nashville, TN, was booked into the Metro Nashville Jail on July 29th, charged with felony aggravated assault with a deadly weapon. A judicial commissioner set his bond at $2,000.