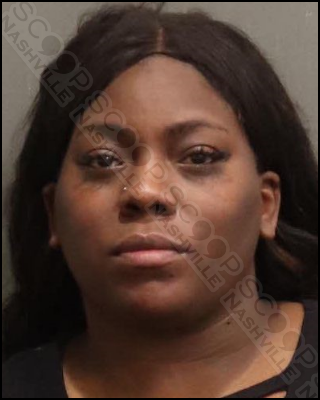 38-year-old Terika Jones drove her Chevy Impala through the parking lot at Hotel Preston at 3:25 a.m. Saturday, running over multiple curbs and crashing into a parked vehicle. After the crash, she exited the car and walked away as if nothing had happened. Hotel staff alerted police, who confirmed the drunken antics from a security video. She was taken into custody and charged with driving under the influence.

Terika Jones was booked into the Metro Nashville Jail on January 7th, charged with leaving the scene of an accident, driving under the influence, and an implied consent violation. A judicial commissioner set her bond at $3,000.