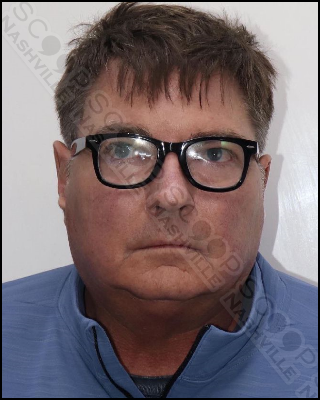 58-year-old tourist Edgar Scott of Idaho was jailed Thursday evening, charged with the domestic assault of his wife, Karen Scott. Security video from the Four Seasons Hotel shows Edgar in the valet area when Karen walks up to him. He then shoves his wife to the ground at 5:53 p.m., causing a serious injury that resulted in her being transported to Vanderbilt University Medical Center for treatment. Despite the video, Edgar told police “nothing physical occurred” and claimed they were just trying to get back to their hotel. He admitted to drinking and was heavily intoxicated, according to Metro Nashville Police. Edgar Scott is the Vice President of Environmental and Governmental Affairs for Kaiser Aluminum.

Edgar Clarence Scott of Woodhaven Loop of Coeur d’Alene, ID, was booked into the Metro Nashville Jail on January 19th, charged with public intoxication and domestic assault with bodily injury. A judicial commissioner set his bond at $1,100.