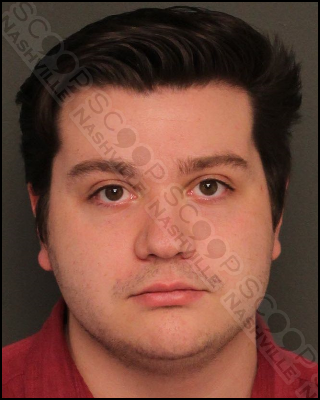 23-year-old Nashville musician Brendan Stevens was charged with possessing 2 grams of marijuana in downtown Nashville after Field Training Officer Trevor Taylor observed him driving a white Chevy Cruz without headlines at 11:18 p.m. on Black Friday. During the traffic stop, the officer says he smelled marijuana, and when asked, Brendan stated he had “around 2 grams” in the vehicle. A search of the vehicle discovered a sandwich bag with 15.4 grams of marijuana inside. Stevens was issued a state citation and was booked on the charge this week.

Brendan Matthew Stevens of Old Hickory Blvd in Nashville, TN, was booked on the citation on January 6th, charged with possession or casual exchange.